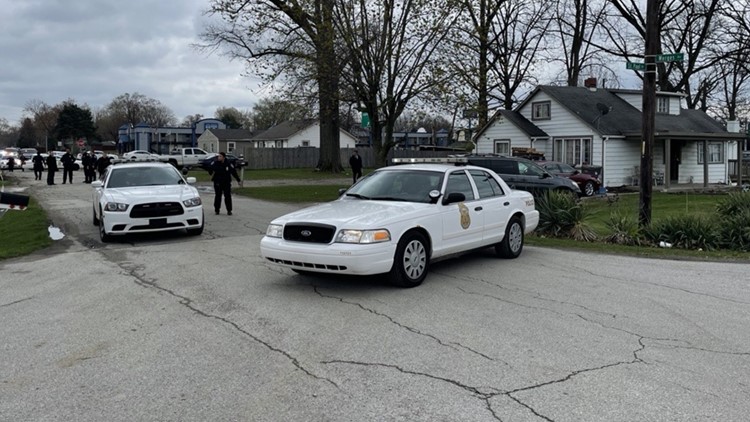 Three suspects have been arrested for the April 18 murder of 32-year-old Tom Sheridan.

INDIANAPOLIS — Police have arrested three people for the shooting death of a man on the south side of Indianapolis last month.

(NOTE: The video in the player above is a report from the day of the murder.)

Two adults and a teenager have now been arrested for the murder of 32-year-old Tom Sheridan on April 18.

IMPD officers initially responded to a report of an apparent overdose in the 2300 block of Werges Avenue, near South Keystone Avenue and Interstate 65, around 2 p.m. on April 18. When they arrived, they found Sheridan, who was wounded with an apparent gunshot wound.

He later died at the scene, police said.

Officers arrested 23-year-old Noah Edwards and 22-year-old Emily Kilgore on April 26 for their alleged roles in Sheridan’s killing. On May 1, they were charged with murder and robbery by the Marion County Prosecutor’s Office.

Police detained the third suspect, a 17-year-old male whose name has not been released due to his age, with assistance from the U.S. Marshals Task Force, on Monday. Detectives arrested the teen Monday night for his alleged role in Sheridan’s murder.

The Marion County Prosecutor’s Office will make a decision on formal charges the teen may face. It will also be determined at a later time if he will be tried in adult court.