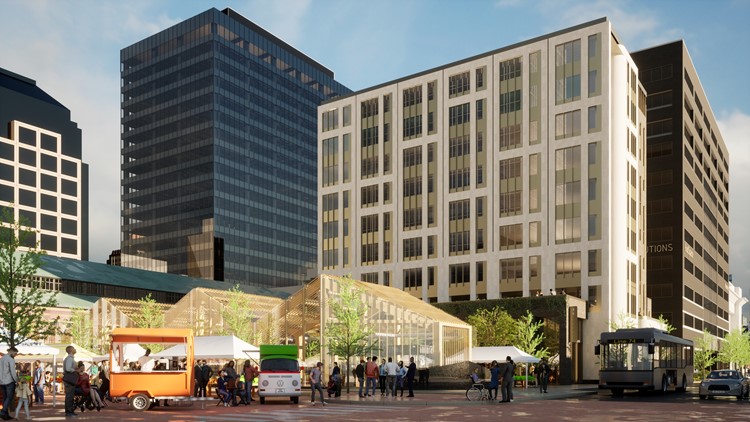 The proposal includes demolishing the east wing of the building and replacing it with an 11-story, 60-unit residential space.

The city will join Gershman Partners and Citimark for a partnership to redesign the east wing of City Market. It’s a $175 million proposal to make the campus into a mixed-use facility.

“This project marks a new era for the Market East District and downtown as a whole,” Hogsett said. “The City of Indianapolis is proud to announce our selection of Gershman Partners and Citimark’s $175 million redevelopment plan for the City Market campus. By breathing new life into a historic anchor of downtown—the Indianapolis City Market—we can create a space for current downtown residents and visitors while encouraging new economic and community development opportunities.”

Additionally, Gershman Partners called for redeveloping the office space at 151 Delaware St. into a 350-unit multi-family housing tower. Altogether, that would make the project the highest density housing block in the state.

There is also a plan to put $52 million toward improving the office space and parking garage at 251 E. Ohio St. and Wabash Alley. The proposal includes design upgrades, along with a new parking payment system and security measures.

The Department of Metropolitan Development and Gershman Partners will propose public financing measures for the project later this year. The plan is to start construction during the first half of 2023.