Nisha Gupta is a bank officer. She is suffering from IC for the last 10 years. Her caring son Jatin is trying everything to give some comfort to his mother. Today Nisha shares her story of struggle with Interstitial Cystitis India.


Hi Guys! My name is Nisha. I live in Panchkula near Chandigarh. 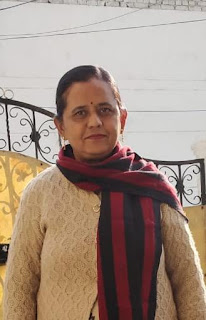 My IC problem started in 2009 after the sad demise of my beloved mother. She passed away because of uterus cancer. In 2009, I started to feel some pain in my urinary tract, but I could not understand what it was. After going to the washroom, the pain used to subsidize for some time and it used to come back again. At that time, I was also having painful menstruation. So I went to my Gynecologist and told her about this. At that time I was nervous that I may have Cancer. She did all the tests for cancer but nothing came in the reports. So she gave me antibiotics. Sometimes my pain used to decrease with it, but it used to come back every time along with burning and increased frequency. She treated me for 3 years, but it was of no help. Whenever I asked her to refer me to some urologist, she said that I was having this problem due to the periods.
In these 3 years, I was very upset. One day I went to PGI Chandigarh in the urology department for this problem and they told me I had IC. That time I didn’t know what IC was. They gave me some medicines but they were not helpful. I took treatment from there for 1.5 years, but my problem increased day by day. Then I went to Alchemist Hospital in Panchkula where Dr. S.K. Sharma (Urologist) started my treatment. Firstly he said that IC can’t be diagnosed without doing Cystoscopy, which PGI doctors didn’t do at that time. After having done Cystoscopy and Hydrodistension from Alchemist in Dec 2013, I felt some relief and pain and frequency were decreased. I was hoping that my problem will be solved now.
But after 2-3 months, it started to increase again. Then my son Jatin started searching the internet for the problem and found that hydrodistension works only for some time. I didn’t know about the IC diet at that time. My son researched on the internet and told me about diet modifications for IC diet and left things like Tea, Coffee, tomatoes, etc. which either didn’t help me.
In Dec 2015, Dr. S.K.Sharma did my cystoscopy and hydrodistension again and told me that the condition of my bladder has worsened since 2013. After that, bladder installations were done every 15 days for 6 months. The effect used to last only for about a week. But still, I had all the symptoms.
I am working in PNB Chandigarh. I thought I was alone who had this problem and went to washroom very frequently. Then my son found out about this IC India Group and after that, I realized that I am not alone. Everyone provided very useful information and offered support from this group. Jatin also met with Balaka form this group in Mumbai, she suggested him to take me to Dr. Rajesh Taneja at Apollo Hospital in Delhi. I went to him in May 2019, he also did cystoscopy with hydrodistension and ablation of hunner lessions inside the bladder. After that, I felt relief with my pain and frequency. He gave me BCG for 6 weeks every week, the last one was given in August 2019. I had very little pain till last BCG, but now it has come back again. It feels like nothing has been done and it seems to have aggravated more. I have a lot of pain, frequency and burning now these days. I am planning to go to Dr. Taneja again in October.
This was my whole IC story.  Now I realize that with this problem symptoms decrease only for some time, but they always come back again.
at September 30, 2019