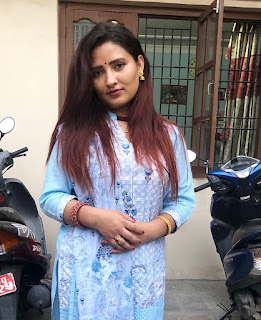 Hi, My Name is Kripa Karki from Nepal currently living my dream in Dubai. I am a food lover, love traveling and was proud of being the first working lady in my family. I had a good job, awesome friends and most of all lucky a loving and caring fiancé. However, everything changed after Interstitial Cystitis struck me.

August 19, 2018, was the most painful day of my life when all my dreams shattered. It was six months before my wedding and instead of planning my wedding, I and my fiancé were going around Hospitals in Dubai.
I was taken to the emergency room around 3am at Aster Hospital in Dubai. My stomach was severely aching as if I was dying. I was continuously having loose motions like never before. I did some urine test and blood tests and was given prescriptions for food poison and they released me. The next day evening again I was in deep pain and no medicine would help so I was rushed to the hospital. I was again asked to do a urine test and Sonography of the Upper Abdomen. The result said UTI.

Even after taking medicines for a week, the symptoms didn't go away. I went to Al Noor Polyclinic where I was again asked to do Blood tests, Urine culture thrice, urine test twice, PAP Smear examination (my nightmare), Sonography of Pelvis (TVS), test for blood sugar, and Glucose Tolerance Test. After being checked by two GPs and a gynecologist they gave up after a month and said all my tests were clear and there was nothing wrong in the tests. The Gynecologist gave me emotional support and suggested that I see a good Urologist in Unicare Hospital.
The Urologist gave me a prescription of three months for Overactive Bladder and asked me to see a gynecologist. It was my breaking point because every day was a battle and I couldn’t perform well at work because it requires a lot of hard work as it was a busy season. I went to her and she asked me to get the medication for 9 months and I gave up. I tried all sorts of diet, homeopathy and cranberry syrups as well. I also went through a tough time when I cried every night and my vision would turn blur and would feel so weak and cold all the time. With a heavy heart and crying every night my fiancé and I decided it would be best for me to quit the job which I loved the most.
November 20, 2018, I flew back to Nepal and rushed to Medicare National Hospital and Research Centre Ltd. The gynecologist there again asked me to do urine culture, urine test , and PAP smear test. Then she gave me medicines for urine infection and some ointments for pain relief. However, the feeling of heaviness, burning, frequent urination and whole-body pain wouldn’t go away. Finally, I was again sent to an urologist who kept me under medication for a month and then got admitted at the hospital for 7days. He also performed a cystoscopy without any painkillers. He also suggested me some medicine which I had to import from India. But nothing worked. Thankfully, throughout this process my fiancé supported me and we performed our wedding ceremony.
Finally, a close family member suggested me to see a doctor at Apollo hospital, Delhi.
March.25.2019 I went with my family to see Dr. Rajesh Taneja Who is genuinely a kind and courteous person listened to my woes and trauma. He asked me to do so many tests like X-ray, urine routine and microscopy, Aerobic culture and sensitivity (urine), CBC with ESR, etc. After the result came I was finally admitted for Cystoscopy and Bladder Biopsy. Then, he explained to me in detail what might have had happened with me. He said it was Interstitial Cystitis. He said the symptoms can last longer and medication is also for a long time, I was devastated. But the doctor said it was a normal disease for many people and asked me to join a group to see so many other people like me. Finally, I could see so many people out there who could feel what I was feeling throughout the whole year. Finally, I got the hope from Doctor and Interstitial Cystitis India WhatsApp group who gave me and my husband hope that everything will be normal soon and one day we will be together and I could eat what  I want and go where I like.

I don’t know why after cystoscopy in Nepal they couldn’t find my problem. Maybe the lack of updated knowledge in them or because of the un-updated technology we have. I came to know about some ladies who are having the same symptoms as me go to Shaman (Jhakri). It is a myth But  I also went to temples and shaman to check if I was cursed because of the pain and suffering and rushing to washroom every hour I had no hope. I saw in a long queue of people in Homeopathy with others who were seeking help with the similar condition of mine. Even when I was in Dubai no doctors gave me any proper result or any proper food diet to minimize my pain. I don’t know if it is due to lack of information or awareness about this condition of Interstitial cystitis but why it took me so long time and so many hospitals to find about it. The big question for me is what is the precautions and how did it happen to a person like me who is always hygienic and why me??????