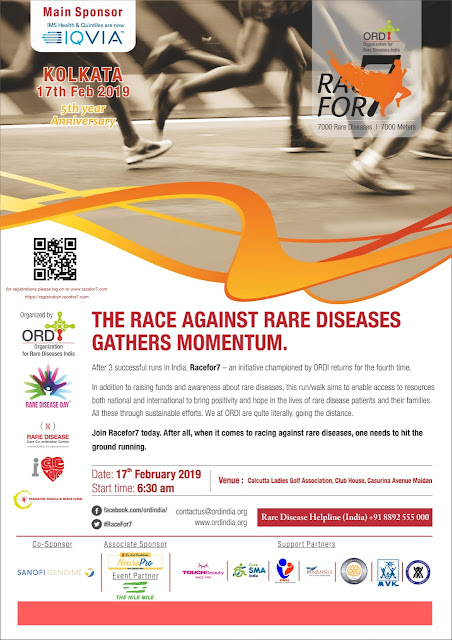 The last day of February is usually celebrated as Rare Disease Day. To commemorate this day ORDI (Organisation for Rare Diseases India) is organizing Race For 7. The purpose of this race is to raise awareness about rare diseases and to empower patients and their families with access to national and international resources. 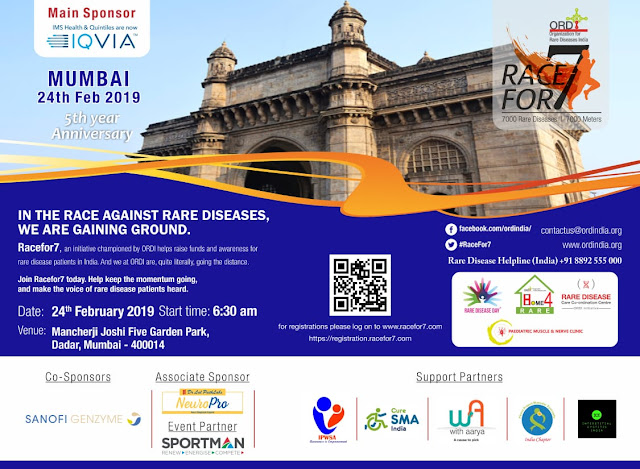 Rare diseases affect more people than the name suggests. In fact 1 out of 20 Indians.  Among these, 50% are children; sadder still, most of them die before their fifth birthday due to lack of appropriate medical intervention. The scenario worsens due to lack of early diagnosis along with expensive treatment options, which pose major hurdles in rare disease management. As per record, more than 7000 rare diseases have been documented so far.

Racefor7 symbolically represents the 7000 rare diseases with 7000 people running for 7 kilometers. The race will take place in nine cities in India and four cities in The United States of America.  The nine cities in India are Kolkata, Bengaluru, Chennai, Mumbai, Mysuru, Coimbatore, Kochi, Thiruvananthapuram, and New Delhi. The first race was held in Kolkata on 17th February and the last race will take place on 17th March. The link to register is here. The four places in the USA are Fremont CA, Frisco, TX, Greenville SC, and Washington DC. All of them will take place on 24th February.  The link to register for the race in the USA is here. 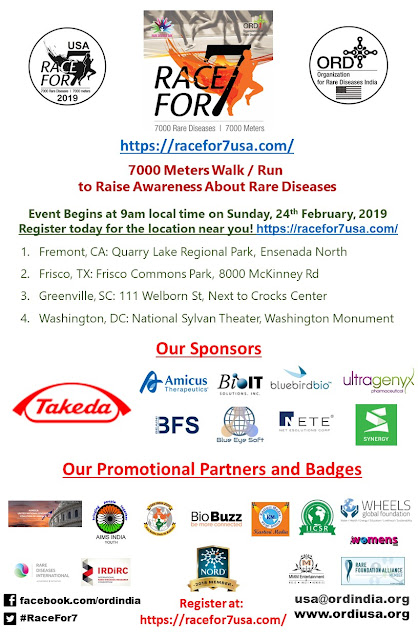