Journey of an IC Patient- From Hopelessness to Hope 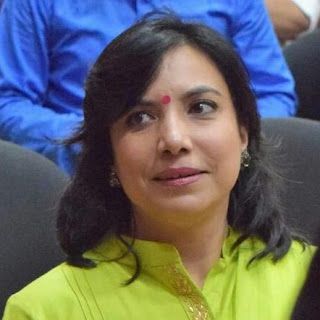 Bharti Kataria is a homemaker from Delhi. She used to be an avid reader and loved to drive but her life changed ever since she was diagnosed with a urinary tract infection in 1993. She was an extrovert but frequent trips to the washroom turned her into an introvert. She became conscious about her condition and stopped socializing.

Bharti Kataria’s main problem began somewhere in 1998 when she was diagnosed with a urine infection. Her gynecologist ruled out routine and culture test and prescribed anti-biotic. The infection was cured but the pain and burning sensation never left. Every time she discussed this with a gynecologist or a physician or an endocrinologist, routine and culture tests were done, antibiotic prescribed but it only provided temporary relief. She was put on anti-allergens like CETRZINE, ATARX , AVIL , allegra , citralka , renalka, but nothing ever helped. Trips to washroom used to be so frequent and painful that she used to deliberately hold for hours and avoided going frequently. Until one fine day when she could not pass urine no matter how hard she tried.
It was now in December 2008 she met an eminent IC urologist in Delhi. Without wasting any time a cystoscopy was done. She was diagnosed with multiple cysts. The stricture cyst was removed but the stricture meant that now she had to live with weekly dilatations. In 2009 another cystoscopy was done but her condition didn’t improve.
In 2010 helium laser was done. She got rid of weekly dilatations but not the pain or the burning sensation. Her doctor then advised avoiding certain foods & drinks that had artificial sweeteners, colors, preservatives, sauces; exotic fruits. In 2013 again a cyctoscopy was done but this time she could not pass urine after it. A urine bag was attached to her. She went into severe depression, stopped eating and drinking. After seven days she could pass urine on her own and the bag was removed.
After this, she was prescribed Pentosan Polysulphate. The medicine had to be ordered directly through the pharmaceutical company and was delivered at the doorsteps since it was not available in the retail market.  Thankfully, the medicine started showing its effects but she developed side effects like weight gain, hair fall, lack of concentration, and even about bad reflexes
She was asked to continue with this medicine for 6 months at a stretch. In these 6 months, she got rid of all the pain, discomfort, and burning sensation. She is in remission since then and hasn’t faced any major issue. Today she tries to follow the IC diet, exercises and is an active member of the IC Patient Support Group. She also shared her experience in ESSIC 2016 that was held in New Delhi.